Q1 is the middle of any data set, also called the Interquartile range. The q1 is one of the quartile functions that makes it easy to calculate quartile ranges without arranging data from the smallest to the largest. This function uses the min and max numbers in the dataset to find the value you want. Another importance of using the q1 calculation is that it helps determine the deviations in your data set.

3. To get the q1 (interquartile range), find the difference between the first and third quarters.

In Google Sheets, various methods can be used to find q1. These are;

The method comes in handy to determine the distribution of data points in a data set. The general formula of the Quartile function is Quartile (data, Quartile_ number. The quartile_number tells us the quartile number you are looking for.

1. Open the Google Sheets document and put the datasets in the cells 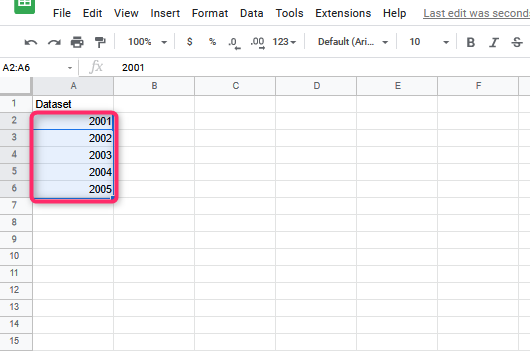 2. Select the cell you want to find, the q1 thus making it the active cell. 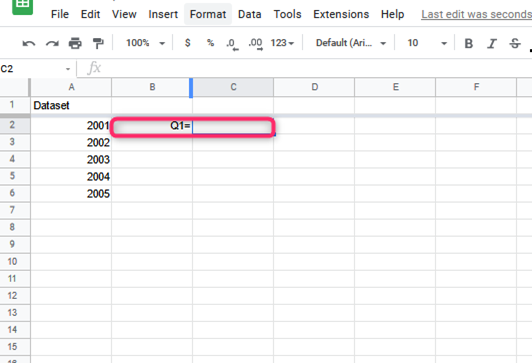 3. Type in the formula =QUARTILE(data range, 1); we use one since we are looking for q1, the first quartile 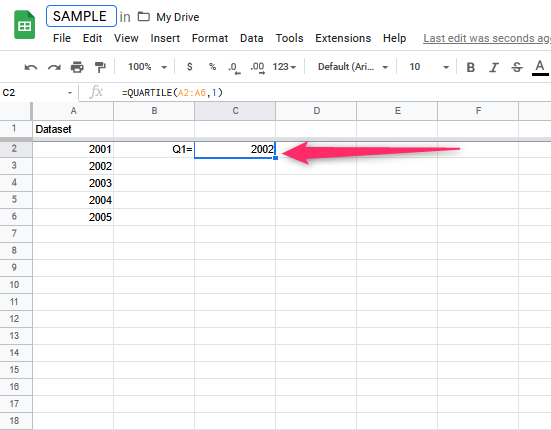 5. You have now found the first Quartile of your dataset. Modify the argument in the formula to find the second and third Quartile.

According to the formula,

= this sign is how you start any function on Google Sheets

1. Select the cell you want the result to be displayed